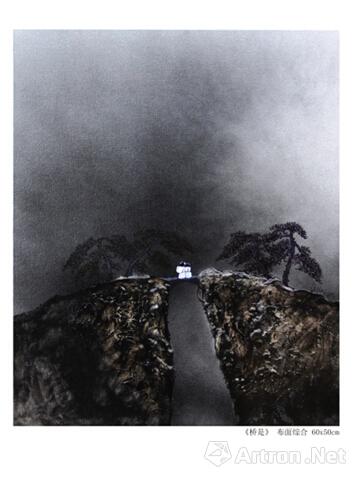 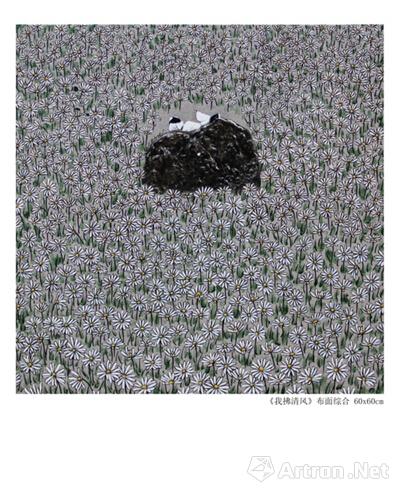 At the end of last month, his works was exhibited in the first Singapore Contemporary Art Show and gained very warm response. And shortly after the opening, one of his classical works called< Persimmon Harvest> was sold out.（link of the news：http://sanzi.artron.net/news_detail_816120）However, we got the news yesterday that the remaining 5 other works was stolen on the way back to the Malaysia exhibition hall. It is almost the same case with that one of his porcelain works was stolen at Europe last year.At the same time of last year, one of his porcelain work was stolen on the way to London when it finished the exhibition at Reims Museum France.  （link of news：http://sanzi.artron.net/news_detail_716062）

Atfer his porcelain work was stolen last year. Mr. Sanzi himself is peaceful and kind. “Don’t put too much pressure on the organizer. The thieves are some crazy fans of my works……” he said then. It is really the best way for Sanzi to explain what the Daoism is as he is a Daoism believer. The stolen event happened yesterday involve a higher value than it happened last year. Mr.Chung, the broker of Mr. Sanzi, has reported to the local police.